Reframe.
‍What if FMT was as easy to take as chocolate bars?
‍

One of the most common hospital infections, Clostridium difficile, also known as “C. diff,” inflicts debilitating symptoms, affects over 500,000 Americans each year, and kills almost 30,000 of them. When antibiotics don’t work, a Fecal Microbiota Transplant (FMT) can be used to send an army of good bacteria into your gut to crowd out the infection. Patients feel better within hours 90 percent of the time! Until 2015, doctors would administer an FMT via a colonoscopy or endoscopy tube, an invasive but effective medical procedure.

My goal was to design a way to deliver poop in pill form. However, fecal matter is not the easiest thing to encapsulate. It’s 70 percent water; when you put it into a gelatin capsule, a traditional shell for drugs, the capsule melts from the inside out.

Technically speaking, I invented MEM Tech (Microbial Emulsion Matrix Technology), which is an emulsion where a hydrophobic (water-hating) liquid acts as a small "fence" around the hydrophilic (water-loving) bubbles of poop.

After the initial design and development, I worked with manufacturing technicians to scale and standardize the operating procedures. 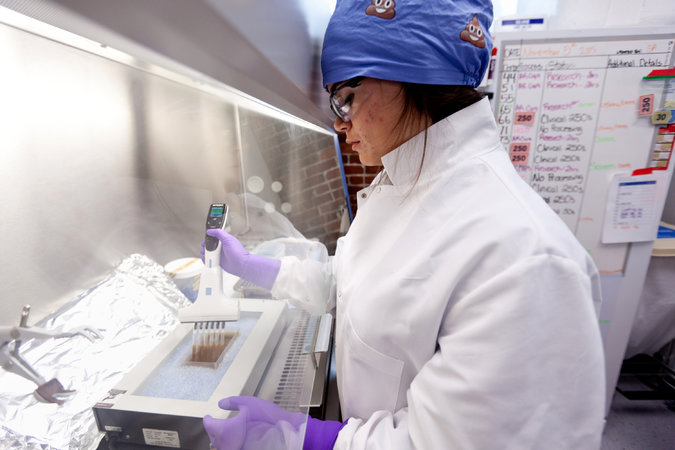 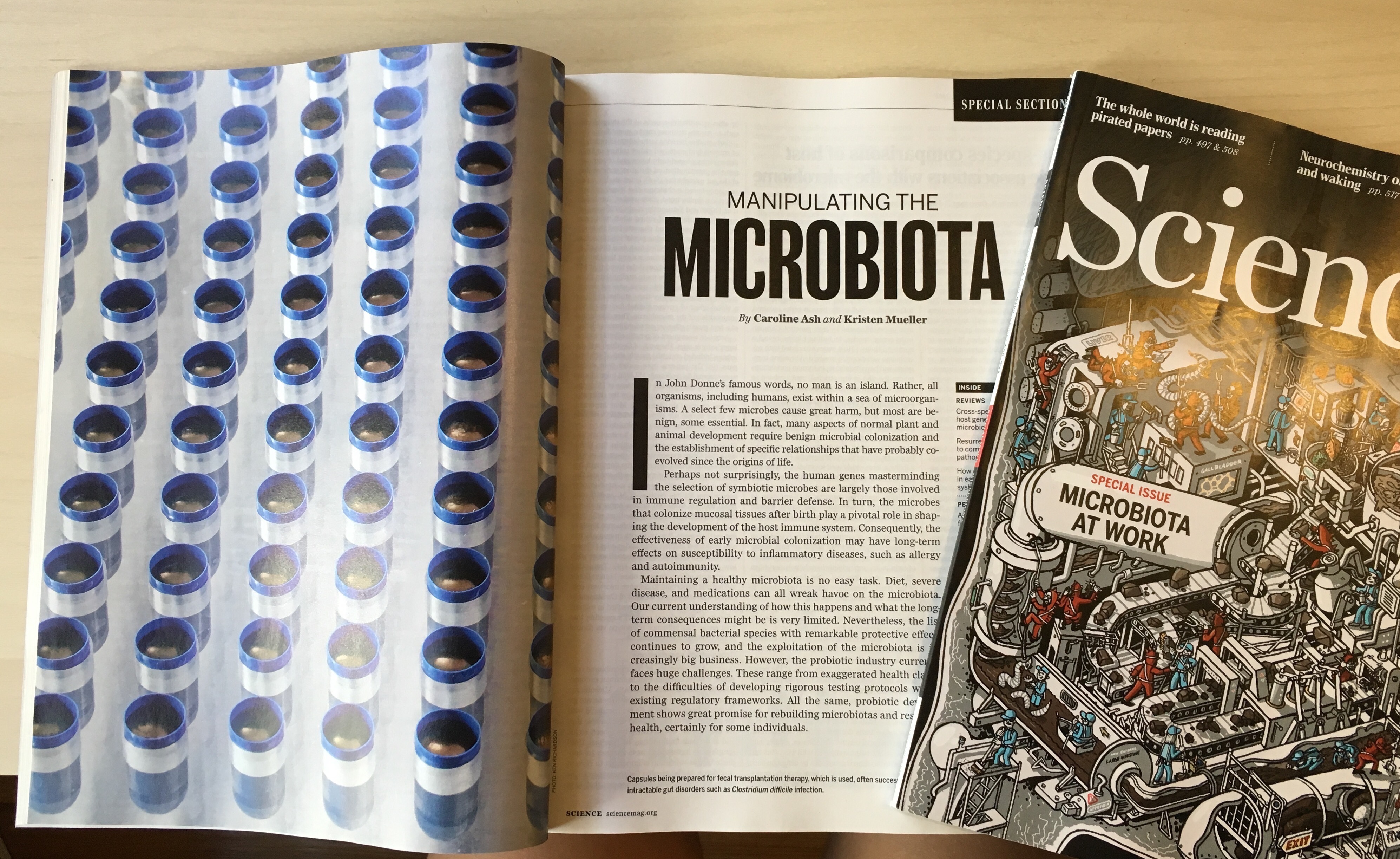 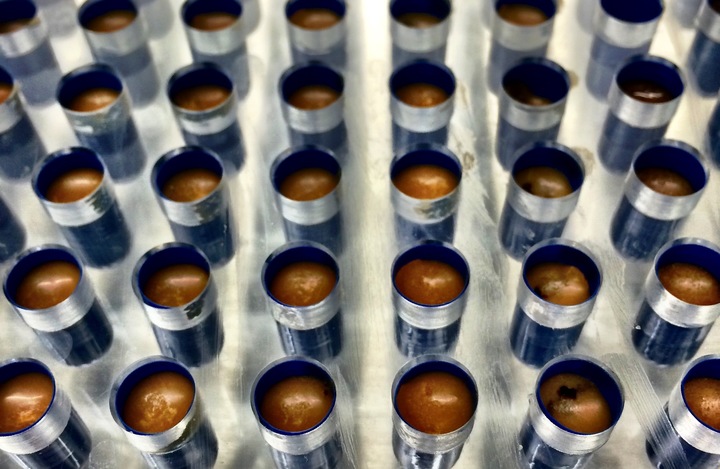 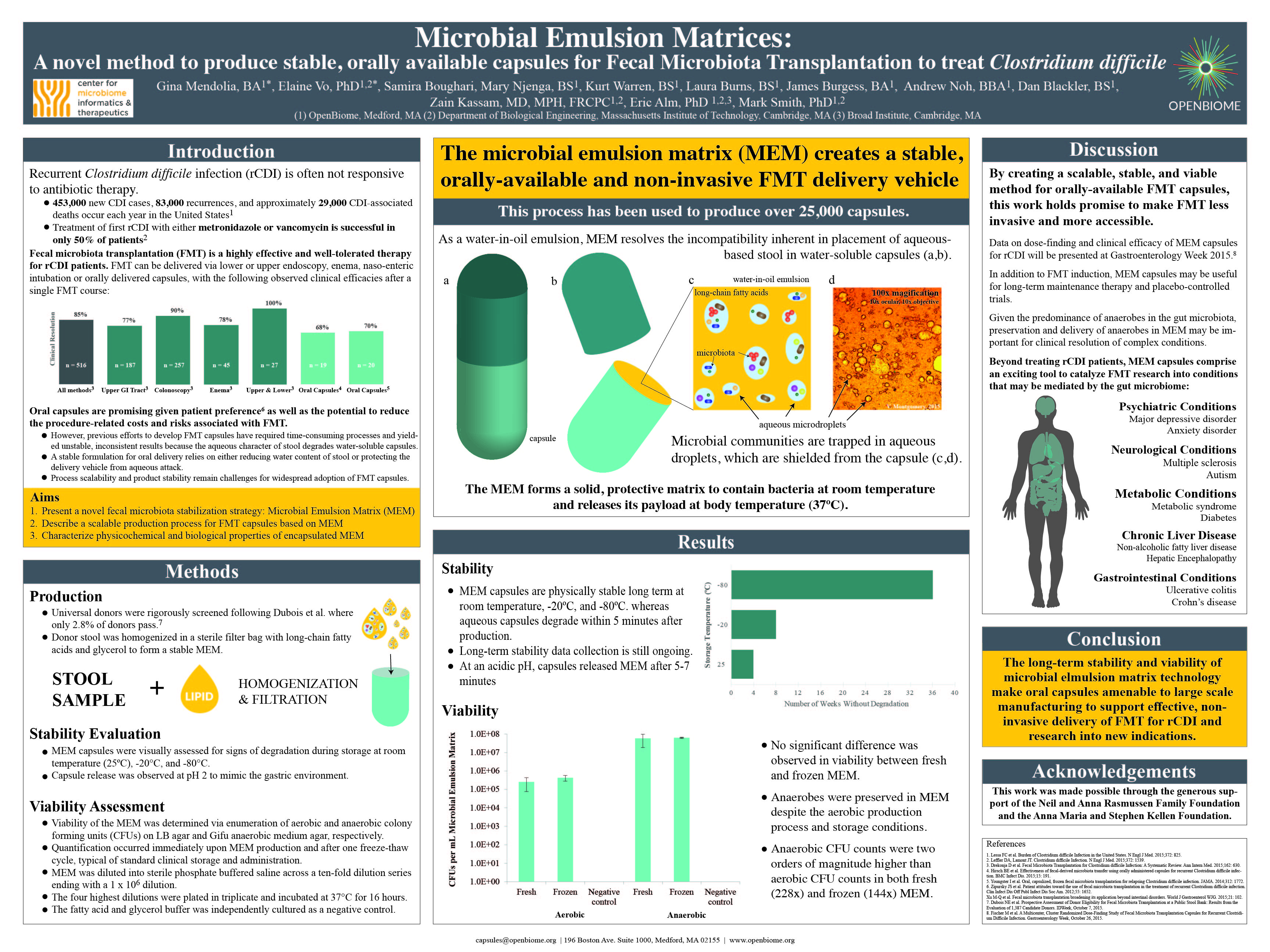